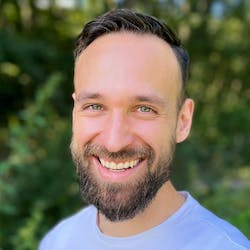 this is the Devdactic newsletter, the one subscription you don't want to call unsubscribe() on.

Did you know that I release monthly fresh content in the Ionic Academy?

You know I've been getting more and more into React lately, and this week I'm sharing how to build the very common side menu or "drawer" pattern with Ionic React.

Spoiler: It's actually really easy, maybe even more so than Angular!

I definitely agree with his opinion, and it's one of those things I never really thought about before but will keep an eye on from now on!

Brandon Roberts is an amazing inspiration for the Angular community and took the first steps to making Angular components available in Astro (because Astro rocks).

I've already used Astro in last weeks stream and talked about it on our podcast, but having even access to Angular components in Astro would be the icing on the cake!

I asked the community and you wanted to see a headless CMS with Angular so here we go: This week we are talking about Strapi.io in the livestream 🛑​

This is going to be fun since I never used it, so expect a bunch of fails in the livestream.

I'm probably late to the party but Wappalyzer is a pretty nifty tool to see all the technologies used on any website - I like it!

👉 The JSON Hero we deserve

Although I didn't know I needed this, JSON Hero is a great tool for everyone who works with a lot of JSON data and wants to see it in a more human, non matrix kinda way.